Beloved Breton Stripes and Beyond - Blue and White Stripes for All 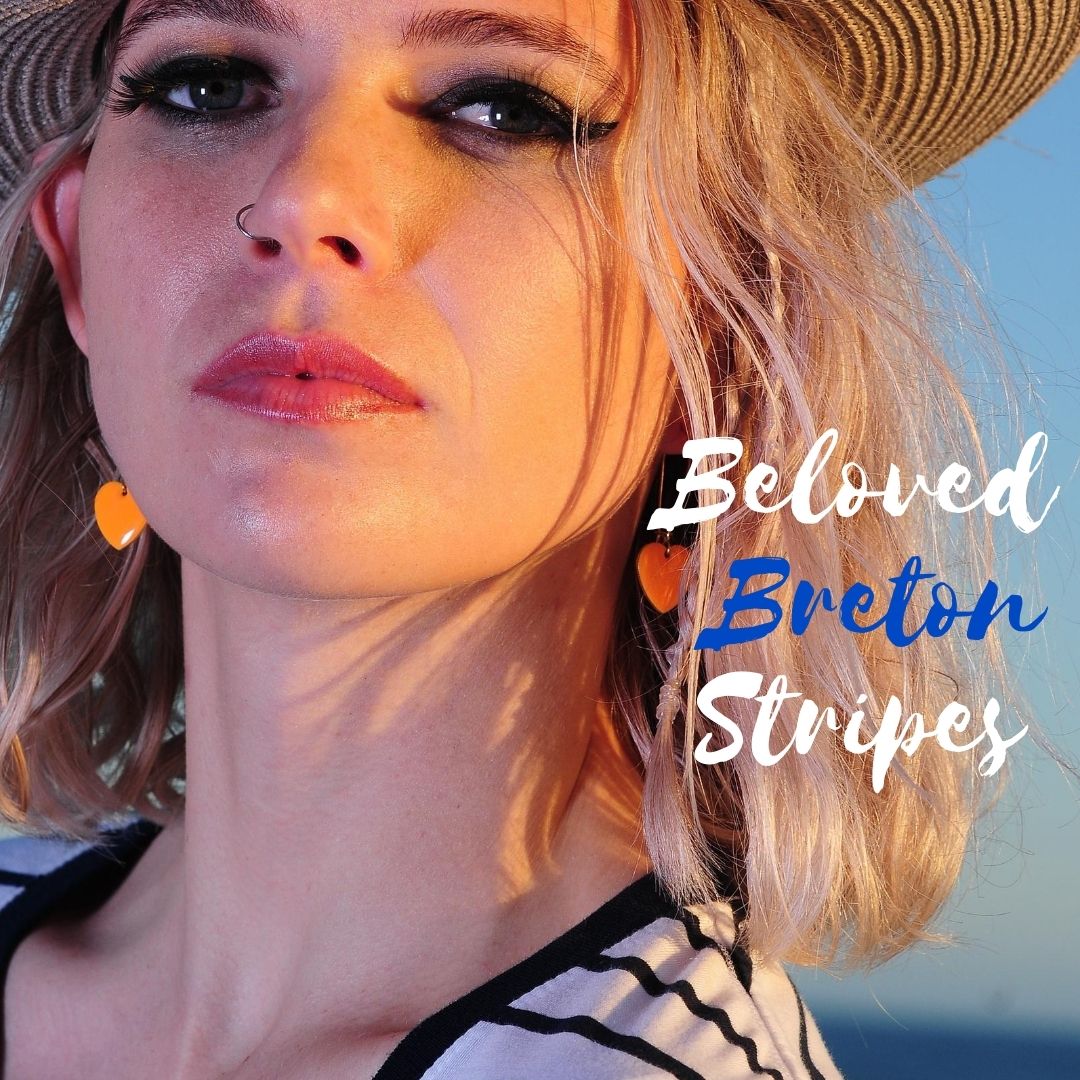 Stripes have been worn throughout history for survival, to make political statements, to blend in, to stand out, to make a statement.

Breton stripes are nautically symbolic, with connotations of luxury, worn by famous style icons. However, stripes arise from the garb of ordinary folk and originate from a natural quirk of evolution.

Repeating parallel lines are among the nine universal patterns that occur in nature.

Angelfish and zebras are striped;  creating camouflage which increases the chances that their offspring will survive to reproduce.

A Short History of Stripes in Fashion

Stripes in clothing manufacture evolved from the weaving process; natural variations in the wool, when woven together took on a naturally striped effect, intentionally becoming more defined over time.

In earliest recorded history, stripes carried negative connotations and were worn by servants, jesters, madmen and prostitutes - those testing societal boundaries of tolerance. Prisoners, clowns, and gondoliers have all sported significant stripes.

A striped tricot of red, white and blue, folded into a rosette became the cockade of France, a symbol of loyalty during and after the french revolution. Women were ordered to wear the rosette as a sign of their fealty but later rebelled.

Morphing into more acceptable sports and leisure-wear in victorian times, stripes were used for swimwear in the late 1900s. 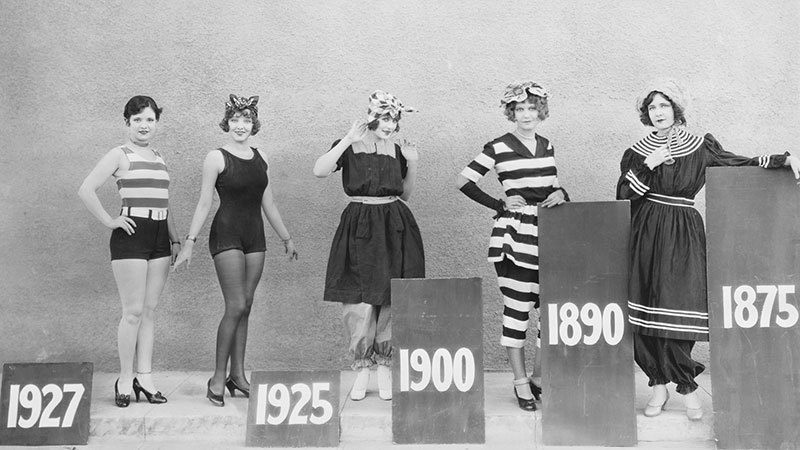 Who do Stripes Belong to?

While pinstripes are eponymously British, symbolising the ruled ledgers of counting houses and banks where striped suits were initially worn, Breton stripes belong to the French.

In 1858 the French Navy adopted the humble blue and white patterned fishermen's jersey from the region of Brittany. The knitted woollen shirts, know as the tricot rayé, or la marinière became the uniform of their naval officers, each of the 21 stripes symbolising a victory at sea by Napoleon over the British.

The eye-catching design also meant a man was easily seen if he went overboard. 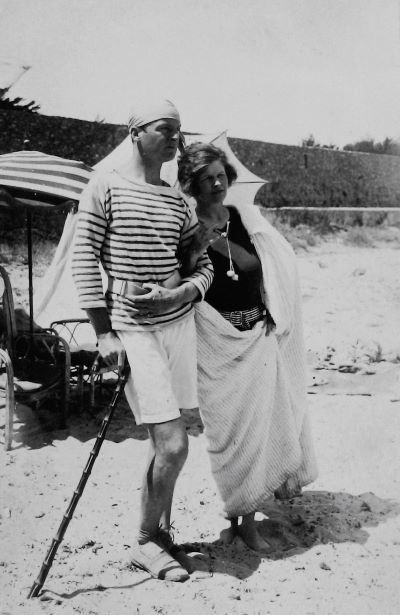 During the 1920s, wealthy, expatriate American couple, Gerald and Sara Murphy bought from Marseille la marinière, a garment they considered stylish, for guests and influencers of the time - Dorothy Parker, Ernest Hemingway, F. Scott and Zelda Fitzgerald, at their home in the French Riviera.

Bohemian teenagers in the 1950s rebelled in blue and white stripes with rolled-up denim jeans, then beatniks of the '60s, Andy Warhol and Edie Sedgewick took their turn to influence.

Breton stripes echo stylised waves and are a nautical touchstone, romanticising journeys taken at sea, nostalgic memories of the seaside, and our personal claim to French chic.

Bird of Prey Jewellery incorporate the iconic pattern in the Sirens At Sea Collection.

Stripes have been used by fashion designers for visual slimming effects. You can read how to wear stripes for your body shape in this article from goodhousekeeping.com.

Are you a rebel, forging ahead in your own unique way, or take official style advice from the likes of Ines de la Fressange?

Her dress code for a weekend in the country only permits one themed item, "...the basics and...a fisherman's sweater or blue and white striped marinière. Especially if you're not far from the sea."

Clearly, we have fallen head over heels in love with Breton Stripes.

Mass-produced clothing companies have satisfied our need for Breton stripe style - as ubiquitous as leopard spots, the LBD and denim jeans, the pattern is continuously re-imagined and reinvented.

Embodying chic style, a la mode, thankfully the Breton stripe is here to stay but it's anyone's guess as to where and how the pattern will appear next.

Universally worn by all, the classic pattern can be mixed and matched, adapted for one's own purposes. How do you wear yours? To stand out, or to blend in like the angelfish?